Short films are, to me, the poetry of the filmmaking world--in just a small space, the creator of the piece needs to get their point across and make an impact. As a writer, I know how tough that can be to do on the page sometimes, so that's probably why I truly admire the shorts that manage to take on the challenge and not only run with it, but soar. Below, I've picked out five short films--in no particular order--that have recently made me smile, cry, laugh, or sometimes all three.

I found all of these on the always-excellent website Short of the Week, a treasure trove of short films spanning all sorts of genres. If you've never visited the site, I highly recommend it--there's bound to be something(s) that you'll enjoy.

This little animated short tells a tale that any parent, or anyone who's felt like they might be letting another person down in any relationship, for that matter, will relate to. A dad tries hard to do his best with his little girl, only to fall short of perfection. When he comes up with a solution that he thinks will finally make his daughter happy, he finds out that flaws and all, he simply can't be replaced. Part of the charm of this film is that it relies on music and sound effects to help move the story along, which lets the viewer concentrate on the animation and discover other sweet nuances.

Papa from Natalie Labarre on Vimeo. 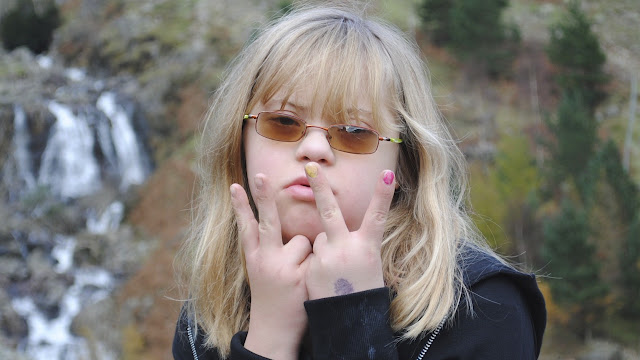 In this touching, sometimes funny short film, an expectant mother is adjusting to the news that her child could be born with Down's Syndrome. Not sure how to feel about this, a chance encounter in a store leads to a part-time job and the opportunity to spend time with a young girl with Down's Syndrome who has a vibrant personality and a big crush on Justin Bieber. One of the most poignant moments in the film comes when the two are looking at some of the little girl's family photos and they come to a collage of children with Down's Syndrome. "These all your friends?," the expectant mother asks. When the little girl says no, she asks again, "Who are these children?" "They're just children" the little girl answers.

(This short was inspired by a photography exhibit, Shifting Perspective, and stars the curators of the exhibit's daughter, who had never acted before this film.)


I Don't Care from Carolina Giammetta on Vimeo.

The animation in The Alchemist's Letter is simply gorgeous, but it's not just that that makes this short worth every second of its five minute run time. The plot of the film is bittersweet: a son whose father abandoned the family finds that the legacy his dad left behind might not change the past, but it can help heal, and prevent history from repeating itself. If you're like me, you might get to the end of this short and think, "Wait--there's got to be more." Honestly, I think it would be incredibly easy for the filmmakers to take this short, expand it, and turn it into a full-length film. But much of the charisma lies in the way it's condensed down to a handful of magical moments, like many of the scenes in the film itself. Some things may be better left as they are.


The Alchemist's Letter from Carlos Stevens on Vimeo. 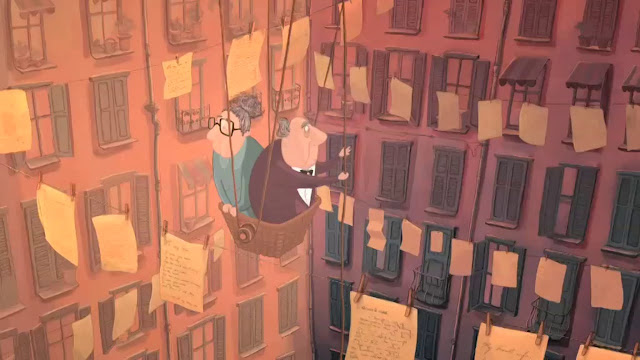 Like Papa, there's no dialogue in this short; only sound effects and lovely, melancholy music. Day after day, an older man sits in the Lost Property Office. Each time the cuckoo clock strikes four, he's visited by an older woman who shows him a photo of something she's looking for--a different object each time. I have to admit that I didn't expect this charming film to end the way that it did, and when it did, it threw me for a loop in a sadly-sweet way. 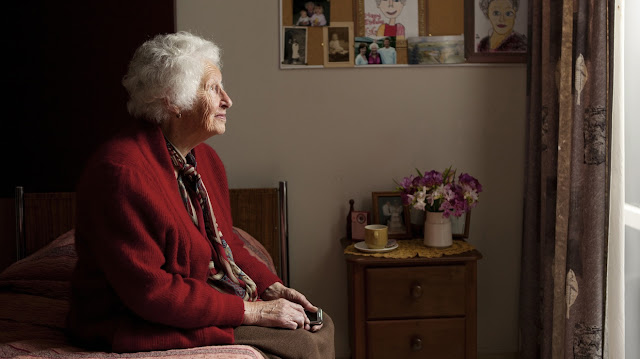 Any younger person who's tried to teach an older person how to use new technology will smile knowingly at the beginning of this film. As it progresses though, we see that the instruction from the woman showing a nursing home resident how to send a text on her cell phone isn't just an ordinary exercise in patience, but a heartbreakingly meaningful interaction. When I mentioned earlier that some of these films that I've highlighted made me smile, laugh, and cry, well--this was one that did. A tissue might come in handy if you decide to watch too.


DOTTY from Brett and Mick on Vimeo.
What about you, readers? Have you seen a short film that left a lasting impression? If you have, please share by telling us about it in the comments.