Jude Cole: I Don’t Know Why He Acts That Way


I distinctly remember driving home from work when I heard “Worlds Apart” on the radio.  It had a catchy acoustic guitar and incredible vocal harmonies.  It was on the verge of sounding more like music for grownups but from someone with young blood.  I later found out the song was from singer, songwriter and guitarist Jude Cole’s album, “Start The Car.”  It was around 1994 and I must have been about 18 years old.  I was surprised when I found out that the album had been released two years prior.  I thought, “Why wasn’t Jude Cole a huge name by now?”

Having stopped using the radio as a means of discovering new music since Junior High, I suppose I had lost touch with popular music.  And I suppose Jude Cole wasn’t what the majority of the public was used to hearing, especially with the increasing popularity of grunge music and gangsta rap. 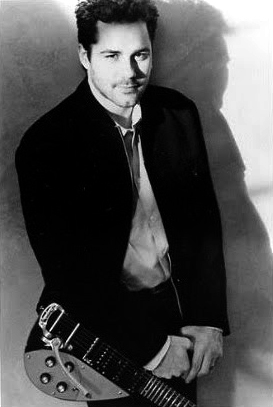 Jude Cole began releasing his solo albums in the late 1980s starting with his self-titled album.  In 1990, he released “A View from 3rd Street” which garnered his biggest hit “Baby, It’s Tonight.” It also contained two of my favorite Jude Cole tracks, “Prove Me Wrong” and “Heart Of Blues.”

1992’s “Start The Car” was the follow up album and contained my personal favorites, “Worlds Apart,” “Right There Now,” and “First Your Money (Then Your Clothes)” all of which are uniquely Jude Cole.  The entire album is solid and showcased Cole on the verge of perfecting his sound of blues-influenced pop music.

In 1995, he released his best record to date (in my opinion) entitled “I Don’t Know Why I Act This Way.”  It is on this album where he began to experiment with his already established sound and venture into new territory.  Tracks like “Lowlife,” “Move If You’re Going,” and “Joe” are examples of hiding dark lyrics behind pop-friendly music.

The track "Joe," a song based on a war veteran, was famous for using his close friend Kiefer Sutherland to read the lyrics while Cole sings.


Jude Cole has collaborated with several other musicians including Sammy Llanas (of The BoDeans, who appeared on albums “Start The Car” and “I Don’t Know Why I Act This Way”), Randy Newman (as the score’s guitarist for the film “Maverick”), and James Newton Howard (as the score’s guitarist for the film “Grand Canyon”).  He also appears on albums from Beth Orton, Jewel, Ted Nugent, and Travis Tritt.

In 2000, Jude Cole released his latest album entitled “Falling Home.”  The album sees Cole go back to his pop-rock roots with tracks like, “I Won’t Bleed,” “Raining On The Moon,” and “Inhale.”

Cole is also known for his lovely ballads, which can be found, on all of his albums.  Some of his best include, “Any Dark Day,” “You Make It Easy,” “Believe In You,” “Take The Reins,” and “Open Road.”

Jude Cole hasn’t released an album in over 11 years and no information can be found about whether or not he’s retired.  He did, however, co-found the Ironworks Music record label with Kiefer Sutherland.  He also manages the band Lifehouse and has co-written music with them.

It’s been 17 years since I first heard Jude Cole on the car radio and I know I’ll be enjoying his music for decades to come.  I can only hope that some of that music will be from new releases.  Jude Cole, why do you have to act that way?  Come back!

For more information on Jude Cole visit www.judecole.com or www.ironworksmusic.com. Most of his music can be downloaded on iTunes here: http://itunes.apple.com/us/artist/jude-cole/id500214