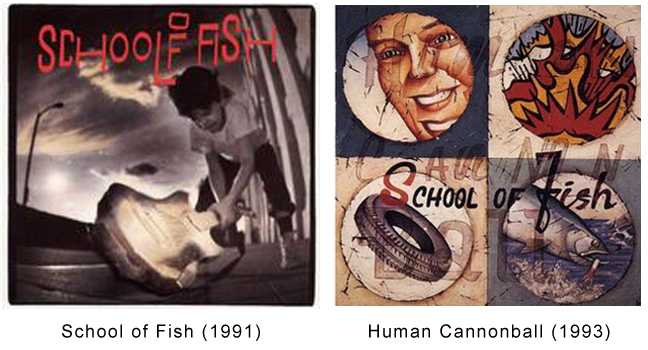 There’s a snapshot tucked away in one of my photo albums, showing a commonplace, weathered wall somewhere in Europe, one that I might have walked right past; except that spray painted in tall, jagged letters somewhere near the middle was the word “Freedom”.  That caught my attention.  I paused.  I took a picture.  Even if it’s since been painted over or scrubbed off, the graffiti served its purpose.  It was noticed, it got its message across, provoked thought, and now sits immortalized forever in an album an ocean away.

Besides that brush with graffiti, the only other major exposure I’ve had was being stopped at a railroad crossing, watching the kaleidoscope of colors and patterns on trains go by at dizzying speeds.  Then, just recently, graffiti was back on my radar, my awareness and understanding of it expanding and evolving.  In large part, thanks for this goes to visual artist Mario Gonzales, who has given me a glimpse into the world of graffiti art and some of the inspiration of the people who create it.  I’m clearer on the distinction between a tagger, who just scrawls their name on things, and a true graffiti artist.  Gonzales is the latter.  His work is intriguing, political, witty, engaging…I could go on.  I’d rather just tell you a little bit about him first though, and then encourage you take a look at some of his work and judge for yourself.

Art, in a broad sense, is something that’s always intrigued Gonzales.  Cartooning was his first passion, stemming from a childhood love of cartoon classics such as Daffy Duck and Bugs Bunny.  As he got a little bit older,  comic book art grabbed his interest.  In the early 1980s, his family moved to Milwaukee, WI, where he started to feel the pull of graffiti art.  As a teen, he attended the Milwaukee High School of the Arts, where he was exposed to art ranging from abstract to modern, Renaissance to contemporary.  He also had the opportunity to study and work in different mediums, widening his artistic range.  His art has evolved as he’s gotten older; like many graffiti writers, he’s moved to using paper and canvas as his backdrops: a safer and much more legal means of expression.  For Gonzales, subject matter comes from basically anything that inspires him to draw or paint.  He says: “I tend to create whatever comes to mind and work with almost all art tools, from colored pencil to airbrush; I think artists should be knowledgeable in more than one medium.”  His biggest goal is getting exposure for his art.  It makes perfect sense.  As a graffiti writer, a whole city has the potential to be your gallery.  Gonzales may have shifted his art to canvases now, but it still grabs your attention in a big way.  I was told that he was “all city” in his earlier years as a graffiti writer, and I have no doubt that as word of his work spreads among art communities, he’ll be all city again, simply in a different sense this time. 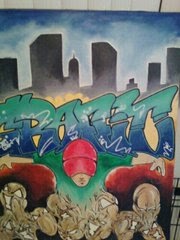