Where I live the weather changes often, so when summertime comes around, it's a reason to celebrate warmer temperatures and more chances to be outdoors. There just seems to be an inherent understanding that it's a season to slow down a bit, relax, and have as much fun as possible. For me, part of that is a good road trip; I love to travel as often as I can and will take whatever opportunity pops up during the summer. There are some songs that I've kept on replay over the past few months that--if I was packing up and heading out right now--would be part of my adventure playlist. In the meantime though, I just keep replaying them and daydreaming about my next getaway. 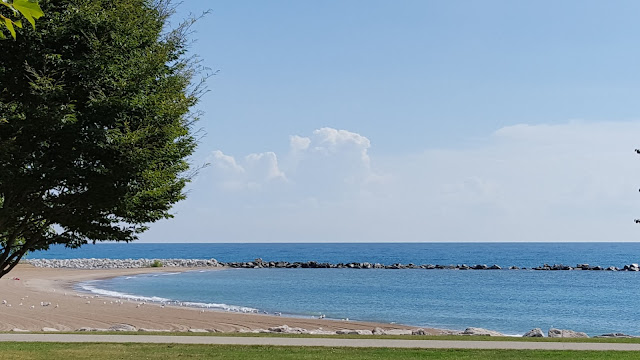 I've been a fan of Betty Who's music over the past couple of years, but I'm still slowly making way through her discography. Stumbling on to this song recently, I was hooked. A catchy, pop-py, fun four minutes from the Australian artist, I use the word "catchy" very purposely here. Once you get caught up in it, this is one of those songs that you hear a few times and then you just can't stop listening to. Not only that, but the video for it seems to embody the whole spirit of the summer: breaking out of the routine of everyday life to stop whatever you're doing for a little while and have a really great time. And c'mon, admit it--an impromptu party in a boring public place would be incredible fun.

No Such Thing As a Broken Heart--Old Dominion

I can't say that I'm necessarily a country music fan, but there are a handful of artists and songs that I really enjoy. Flipping through the radio one day, I caught the tail-end of this song, immediately liked its message, and tried to find out who it was by. I didn't have any luck at first; I mistakenly thought it might be sung by Hootie member-turned-country artist Darius Rucker (see why I don't label myself a big country fan?). Turns out that it's by the group Old Dominion. If there's one thing that's universal to everyone, it's the challenges that each of us inevitably face in life. This song is an acknowledgement of that, but more importantly, an upbeat reminder to stay strong and keep going through the daily struggles; after all, the song begins with a spoken lyric of "Keep your chin up." And with a fun video that's a cartoonish nod to old-school video games, I've had this one on repeat too.

Jump in the Line--Harry Belafonte

From the first few notes when "Jump in the Line" bursts forth, it's hard to suppress an urge to get up and dance--probably thanks to the repeated "shake, shake, shake" lyrics. A Calypso song that has been covered by many artists since it was composed around 1946, I'll admit that I first heard it in the closing scene of the spectacularly kooky Tim Burton film Beetlejuice. I don't know if it's my love for the movie that's endeared this song to me ever since, or if it's totally the merit of Belafonte's version. Whatever the case, even though the tune is good for listening to any time, there's something about playing it in the summertime that really brings out that festive mood.

This solo track from Angaleena Presley, a member of the (currently on hiatus) country group Pistol Annies, is another that I've played at least a dozen times since I ran across it. I'm not from the South, but I do know that if someone says, "Bless your heart," it's truly not meant as the well-wish that it appears to be. Presley lays it on the line in this song, warning the petty, mean-spirited person she's singing about not to cross her. This song may not seem quite as "upbeat" as the other ones that I've shared so far, but it's every bit as addictive for me. With its classic country sound and the judge-not-lest-ye-be-judged lesson, I can picture listening to this on a stretch of wide open road with breathtaking scenery, windows down, in absolutely no rush to get where I need to go.

Life is Better with You--Michael Franti

Coming back to the idea of the ups and downs of everyday life, Michael Franti adds his take. Since summer is fleeting in the corner of the world where I live, once it and autumn have come and gone, the people who live in my region of the U.S. have to hunker down for winter; one that sometimes feels like it goes on way too long. I might argue this point with myself come February, but in all honesty, I think the stark contrast makes us appreciate the beautiful, warmer weather just a little more deeply and savor it a tiny bit more. The seasons of weather and life ebb and flow, and as Franti says, "some days are better than other days," but everything is always better with loved ones who add moments of joy and help us through.


So, there you have it, readers--some of the songs that have been making my summer even better so far. What about you? Are there any songs that have been part of your summer soundtrack, or are favorites from summers past? Feel free to share them with us in the comments.