Every once in a while a film is produced that makes going to the theatre like a brand new experience. A film that is so unique and so incredible that you have to wonder how it is that you could have watched so many other lesser films and been satisfied. For me, the night I watched The Fall was the night I realized I hadn't seen a truly brilliant film in years.

In the early part of the 2000 decade, Tarsem Singh (or as he is known professionally as Tarsem), began work on his masterpiece. The Fall is the story of stunt man Roy (Lee Pace) who was injured on the set of a 1920's silent picture.  Hospitalized, he meets Alexandria (Catinca Untaru), a young girl who was also hospitalized with a broken arm. Roy begins to tell Alexandria an epic story about a bandit and five other warriors on a quest to avenge the death of someone in each of their lives.

Twenty-six locations, eighteen countries, and every penny he owned later, the unique-minded director completed his film. It premiered at the 2006 Toronto International Film Festival and released in the theatres in 2008.  Sadly, it was overlooked by the Academy despite having some of best cinematography, art direction, and story. Lee Pace is also in top form as his Roy character, a suicidal stuntman trying to exploit the innocence of a young girl to help kill himself.


When the film begins, we are cleverly introduced to Roy's accident. By the use of slow motion,  Colin Watkinson's intriguing cinematography and the 2nd movement of Beethoven's 7th symphony, we are given all the elements that will later fill Roy's epic to Alexandria.

According to Tarsem, there were no special effects in the film and that everything was shot on real locations. It's no wonder he had to travel to such exotic locations to capture the mind-blowing imagery in the film. 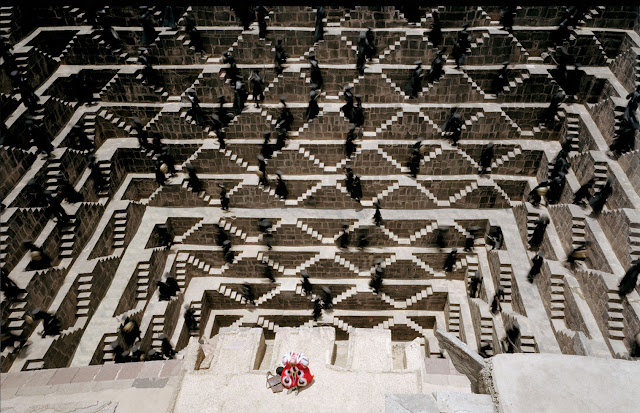 As determined and focused as Tarsem was when he created this film, some of the best elements were found by accident and later incorporated into the story. One example is how actress Catinca Untaru struggled to understand what Lee Pace was saying. This was creatively used as a device to help the young, first-time actress forge an Oscar-worthy performance. It's hard not to be charmed by her after watching so many of her delightful nuances: the way she fibs, her constant fiddling, and her overall child-like behavior.


And though the film has serious story elements, Tarsem makes sure to mix the dark drama with light-hearted humor. After all, the story is mostly seen through the eyes of Alexandria and her interpretation of the things around her. Even Roy's "Indian" character within his story is misinterpreted. As Roy explains his Indian (what he conceives as a Native American), Alexandria understands the character to be a man from India, much like someone with her cultural background would understand. (Side note: look for the Native American in the introduction scene).


As are many of the best films, The Fall is best viewed repeatedly. Tarsem gives us so much too look at that one viewing would not do the film justice. As an audience, we are also given the opportunity to venture on our own quest for symbolism.  This is a method of filmmaking that I find the most pleasurable. I prefer symbolism and metaphors to be hidden within the film as opposed to spoon-fed.  It's one way to provide an audience the ability to participate and bring us personally closer to the film. 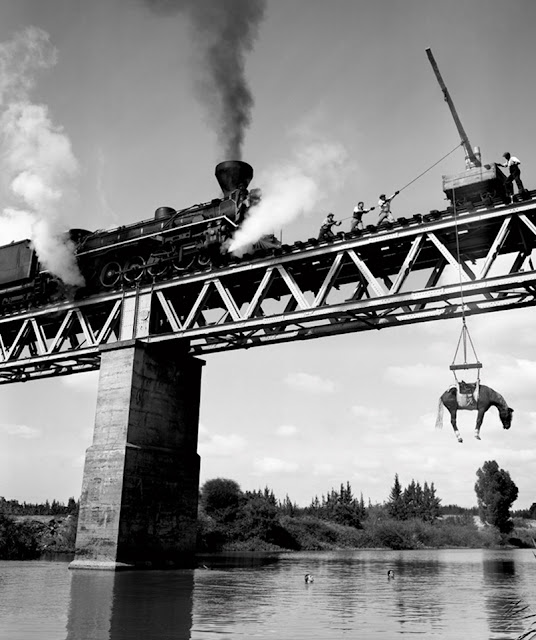 This is more than just a film, it's an experience. A story that can bring your inner child out and view life through the eyes of innocence and fear. With The Fall Tarsem made his Citizen Kane and I look forward to his future films. Keep an eye out later this year (2011), Tarsem will be releasing his followup film, The Immortals and is currently in pre-production for an adaptation of "Snow White".


To watch the trailer for The Fall, click here: http://www.imdb.com/video/imdb/vi2511470873/
And for more information, visit the film's official site: www.thefallthemovie.com
TRIVIA: Tarsem began his career directing music videos.  He won Best Video of the Year at the 1991 MTV Video Music Awards for R.E.M.'s "Losing My Religion." He also directed the video for "Sweet Lullaby" by Deep Forest, which has a close look and feel of The Fall.

I love films.  I love watching them, being inspired by them, studying the meanings, and learning the craft.  I'm one of those guys who actually watches the special features on DVDs.  I also try to give back to the film-watching community (this website for example).  I rate films on Netflix and IMDb, and even contribute trivia on the latter's website in hopes to give my favorite films some due credit and attention.  In fact, it's because of the ratings that I discovered one of the greatest modern filmmakers.

A few years ago, I noticed a trend in my ratings for a little-known director named Marc Forster.  I consistently rated his films 5 out of 5 stars.  It took me by surprise to look back at his credits and notice how vastly different his projects were.  When you look at a film like The Kite Runner and place it next to Quantum of Solace, you can't help but be impressed by this director's versatility.

To date, Forster has directed Monster's Ball, Finding Neverland, Stranger Than Fiction, The Kite Runner, and Quantum of Solace (the James Bond film), just to name his more famous pictures.  When I asked colleagues about those films, they were typically unaware that some of their favorite films had been directed by the same person.

Marc Forster began his filmmaking career directing documentaries as a student at New York University's film school.  As a rule, he chooses projects that he feels will challenge him as a director.  Furthermore, story is a number one reason for him to become involved.  So much so that he once turned down a $500,000 offer to direct a film despite having no income at the time; he simply felt the script wasn't good.

From the looks of his films (and from behind-the-scenes footage), Forster comes across one of those few artists whose direction can flow seamlessly between crew and cast.  At the same time that he produces visually-stunning and technically amazing pictures, he can also pull Academy-nominated performances out of actors.  In 2001, Halle Berry won her first Oscar for Best Actress (which was also the first time an African-American female won) for her performance in Monster's Ball (2001).

Then there's Will Ferrell's unusually straight performance in Stranger Than Fiction.  Ferrell, of course, being famous for his slapstick roles is brought down significantly and gracefully for his role as "Harold Crick".  Many people compare Ferrell in this film to Jim Carrey's "straight" performance in The Truman Show (directed by Peter Weir in 1998).

In 2004, Johnny Depp was nominated for his role as "Sir James Matthew Barrie" in Finding Neverland.  Forster, himself, has also garnered several nominations and awards from BAFTA (British Academy of Film and Television Arts), Golden Globes, and Sundance Film Festival.  (For a full list of awards visit: http://www.imdb.com/name/nm0286975/awards)


Forster has collaborated with Director of Photography Roberto Schaefer since his first short film, Loungers (1995) and Editor Matt Chesse since his first feature film Everything Put Together (2000).  Both of these gentlemen have proven without a doubt that they are masters of their craft, much like Forster.

Unfortunately, that leaves directors like Forster hiding in the background because despite Forster using the same editor and director of photography, you never "see" his direction.  The only things highly noticeable are strong story, great character development, eye-grabbing visuals, and tight editing.  In other words, Forster's signature is his ability to consistently make exemplary films.

I still feel most people's opinions on his 007 film, Quantum of Solace, were extremely prejudice.  Everyone kept comparing it to Casino Royale and the Bourne films.  But if you can watch Quantum based on its own merit, you'll find that it's actually a great film.

Another aspect of a Forster film that I find appealing is his attention to detail.  Among other things, his use of graphics in 2006's Stranger Than Fiction is a great example of how special effects can enhance a film without taking away from a great story.  It's hard to imagine the film without MK12's (www.mk12.com) graphics work.  Forster and MK12 have a wonderful partnership.  It's no surprise then, that both Forster and MK12 have worked together on several projects including The Kite Runner, Stranger Than Fiction, and Quantum of Solace.

There is a very short list of directors I would love to follow in their footsteps.  Forster has a career and style I'd like to follow if I'm ever blessed the opportunity.  He knows how to work with actors.  He collaborates well with genius craftsmen.  He focuses on story and character.  Most of all, he loves films.